The people who breathe the nation's most unhealthy factory air worry about more than just asthma and other respiratory problems. They also want to know if their daily dose of toxic pollution is slowing the academic and physical development of their children.
ADVERTISEMENT

In the Ohio River Valley along the Ohio-West Virginia border, factories annually send into the air hundreds of thousands of pounds of manganese dust, a heavy metal that can harm the brain and nervous system.

Biologist Dick Wittberg, who heads the mid-Ohio Valley Health Department, has been pressing for years for a full-blown government study to determine if those releases are harming the children in his hometown of Marietta, Ohio.

Several years ago, Wittberg took part in a study that compared Marietta children with those in a similar-sized Ohio town on academic and physical tests. The Marietta kids fared significantly worse.

"We didn't do anything that in any respect proves that this is manganese that has done this, because there are other scenarios that are entirely possible," he said. "But in my opinion, it really points to some environmental problem that is causing some neurological differences, and one has to suspect manganese. Nobody knows for kids how much is too much."

Similar concerns span the country, though communities with the worst factory pollution sometimes are frustrated they don't have more research to rely on.

In the Detroit suburb of Ecorse, which has sued U.S. Steel over decades of air pollution, Mayor Larry Salisbury wants the Centers for Disease Control and Prevention to investigate how industrial toxins affect health.

"We think there have been citizens who had an early death because of health issues related to that steel plant," Salisbury said. "It would be great if the
CDC would study certain towns to make the case."

"Sometimes I think the government doesn't want to know the answers," he said. "Once they do, they have a certain liability to enforce."

U.S. Steel spokesman John Armstrong said his company took over the Ecorse plant in 2003 from bankrupt National Steel and has spent millions cleaning up problems. "We take great pride in our environmental stewardship and are addressing these issues as quickly as possible," he said.

An Associated Press analysis of federal pollution, health and Census data found that more than 30 neighborhoods around the Great Steel Works plant in Ecorse rank among the worst 5 percent nationally for potential health risks from industrial air pollution.

AP used health risk scores calculated by the
Environmental Protection Agency. The measures can be used to compare the chronic health risk from industrial air pollution from one part of the country to another.

Farther east, Camden, N.J., is home to more than 100 contaminated industrial sites and seven minority neighborhoods that rank among the top 1 percent in the nation for the long-term health risk posed by factory pollution.

Dr. Robert Pedowitz said his Camden practice sees about 25 patients a day for asthma or allergy complaints, more than any other private practice in New Jersey. One of the main triggers, he said, is air pollution.

"It severely affects the quality of life," Pedowitz said. "It makes people tired, affects their ability to function."

In the Ohio River Valley where Wittberg lives, nine neighborhoods in and around Marietta and Wood County, W.Va., rank among the worst 100 nationally for health risks from factory emissions.

There are more than 20 industrial plants along or near the Ohio River. Those plants regularly spew tens of thousands of pounds of manganese, chromium, sulfuric acid, and formaldehyde.

"It's a toxic soup of contaminants because of all the different facilities in the area," said Michelle Colledge, an environmental health scientist with the federal Agency for Toxic Substances and Disease Registry.

The river corridor also is a major contributor to factory air pollution in West Virginia, which has the highest health risk per person of any state. Indiana ranks second in per capita health risk, followed by Ohio, Pennsylvania, Iowa and Alabama.

Residents around Marietta, with the help of Sen. Mike DeWine (news, bio, voting record), R-Ohio, petitioned the government several years ago to study the health impact of the region's air.

Tina Trombley, president of Recover, a local environmental group, said residents want to find out for sure if the high incidence of asthma and several types of cancer are the result of air pollution.

"We need to do a full-fledged study and we're hoping that's what they will be able to do for us," she said.

The initial study found arsenic and manganese in the air consistently exceeded levels that scientists believe harm health. Colledge said there wasn't enough information to determine if pollution actually was a health hazard. Further monitoring at specific sites was ordered.

Jeff McKinney, environmental manager at Eramet, said neither the study nor any other data suggest that "emissions from area industry have adversely impacted the health of residents. Moreover, we have not seen manganese exposure-related neurological effects in our long term employees."

Colledge and Wittberg said the area offers an unusual opportunity to study the impact of manganese dust on humans, particularly children.

Wittberg has been campaigning for such a study since the late 1990s, when he teamed with an EPA researcher and a University of Quebec scientist to measure differences between children in Marietta and Athens, a similar-sized Ohio town 45 miles away.

They gave a battery of 13 tests to fourth-graders in both cities, who had been matched for age, sex and parental education. The tests measured such things as educational proficiency, balance, visual contrast sensitivity and short-term memory.

"The Marietta kids did worse on almost everything," Wittberg said.

The implications are potentially far-reaching if the children's IQ scores turn out to be 10 to 15 points lower, he said.

"Brilliant kids are now simply smart; smart kids are average and average kids are not average any more," Wittberg said. "I believe it is the whole lives of the kids that are affected. I don't think that the damage can be undone."
Posted by Lito G. Espinosa at 4:47 PM No comments:

IT'S YOUR OWN IN-HOME BOTTLED WATER SYSTEM

If you own a water cooler, there's no need to run to your neighborhood grocery store or call your bottled water company for water delivery whenever you run out of bottled water.

If you own a Brita Filter, no need to throw away your water pitcher. Simply, REFILL YOUR WATER PITCHER. Call and ask for 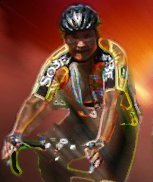